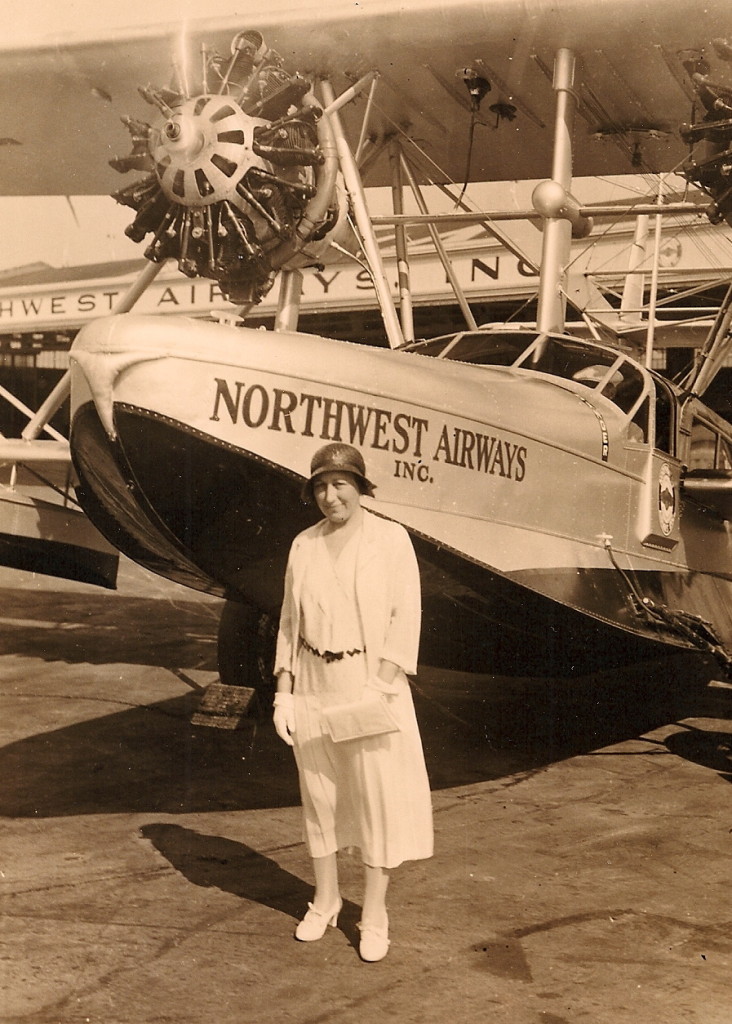 Camille “Rosy” Stein came by her nickname honestly. Back in the ’30s, when the press inquired about Northwest Airways, “everything is rosy” was her standard response. Camille joined Northwest in 1926 and was secretary and vice president to Col. Louis H. Britton, one of the founders. She worked as secretary, handled reservations, wrote tickets, was public relations director, promotion and advertising manager in the early days.

She hired the company’s first stewardess and by the time she retired in 1946 was known as “mother” to more than 1,000 stewardesses.

In 1943 she was elected chairman of the passenger service committee of the Air Transport Association. She remained with Northwest Airlines during its growth from a small, struggling operation to one of the largest airlines in the world.

When she died in 1954, a St. Paul Pioneer Press reporter recalled, “Miss Stein received her nickname during the early days of Northwest when many expected the line to lose its air mail contract  because of problems meeting the schedules to Chicago with only two planes – both rented. Every day, Miss Stein’s answer to inquiring newsmen about airline conditions was the same – ‘everything’s rosy.'”

W. A. Kidder, Col. Britton’s partner when Northwest Airways was formed, said of her: “During the time we were organizating Northwest Airways, Miss Stein worked unceasingly. Time meant nothing to her for she was doing everything that had to be done when no one else happened to be around to do it. She was the most loyal and inspiring person to work with I have ever met.” He wrote a tribute to Rosy which was published soon after her death.  The last paragraph says, “God bless you, Rosy.  I know that  St. Peter is going to say: ‘Come on in, you have honestly earned your wings.'”

From time to time, Lady Skywriter will include more “Rosy” stories in her blog.  And it goes without saying, if you have some yourself, please share them with us.

And look for an upcoming blog about Northwest expanding into Duluth in 1931, where in the absence of a suitable airport, Northwest’s two Sikorsky S-38 flying boats used the Duluth Boat Club as a terminal.