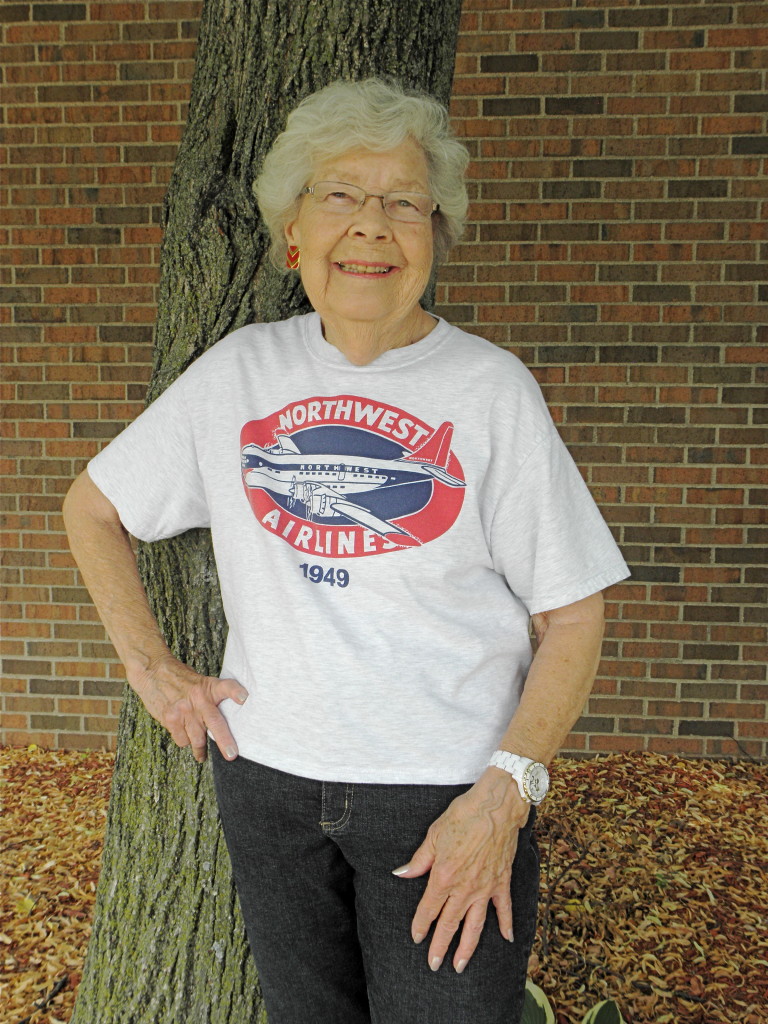 Tales of the Sky

Maybe it was the barnstormer.

“My grandfather owned a farm near Milaca, MN and I’m told a barnstormer wanted to use his field to give air rides to the locals. My mother was visiting him at the time and wanted to go up. Grandfather agreed to let the barnstormer use his field if he would give my mother a free ride. He did. She was pregnant with me at the time, a fact that distressed my father when he learned of it, but which may have foretold my lifelong fascination with all things ‘airplane,’” Anne said.

As Miss Billingsley, Anne spent four years as a stewardess for Northwest Airlines in the 1950s working on Douglas DC-4s, DC-6s, DC-7s, Boeing B-377 Stratocruisers and Lockheed L-188 Electras. She soloed in a Beech 150 in 1976 and snagged rides over the years on a variety of aircraft, including a Piper J3; BT-13 and T-6 military trainers; the B-25 of WWII fame, the supersonic British Airways Concorde and a hot air balloon.

Today she enjoys volunteering at the NWA History Centre and working part time at the Golden Valley Library. She manages to occasionally explore such diverse places as Machu Picchu in Peru and polar bear habitats on Hudson Bay in the sub arctic. Via air, of course!

Anne is currently working on a new book to be published in 2015 which will include fascinating stories shared with her by folks whose own memories were jogged by reading Fujiyama Trays & Oshibori Towels, plus many new, not-so-new and unfolding stories.