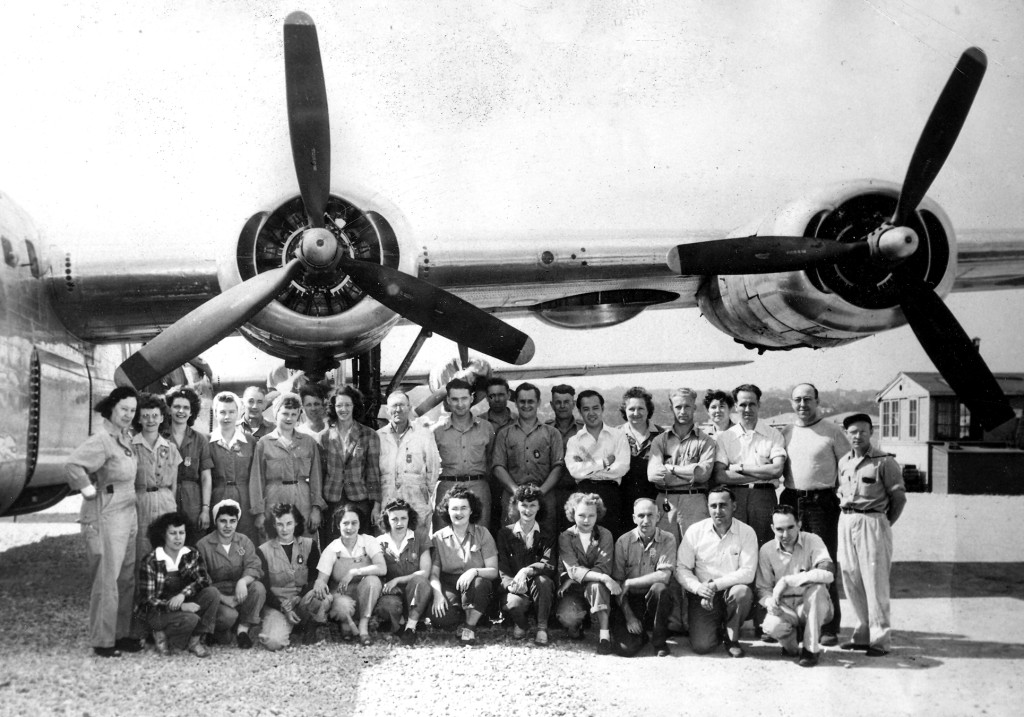 The last B-24 came off the Mod Center Line in 1945.   Photo courtesy of Harry Chin, former MOD Center employee

In addition to operating an airline, Northwest Airlines was involved in ten World War 2 projects. In early 1942, officers of the U.S. Army and the British War Mission came calling, asking NWA to take on one more big one.

By now America had shifted into high gear, producing desperately needed bombers on assembly lines – much faster than her enemies. It was not practical to slow down these fast-moving lines to add modifications to ships bound for special missions or for service in different climates. The Army wanted to know if NWA could create a huge bomber modification plant in St. Paul to update these planes for combat so the assembly lines could keep going at optimum speed.  Northwest agreed and the “Mod” was born.

Only two days later, a squadron of B-25s, needing to be outfitted for desert warfare in north Africa, arrived at St. Paul’s Holman Field. Up to the challenge, the airline ultimately built a force of 6,000 Mod employees, but when the B-25s arrived, there were only borrowed personnel and no designated facilities. Many worked outdoors that first winter until more hangar space was constructed. Read entire story in Reflections by clicking here.